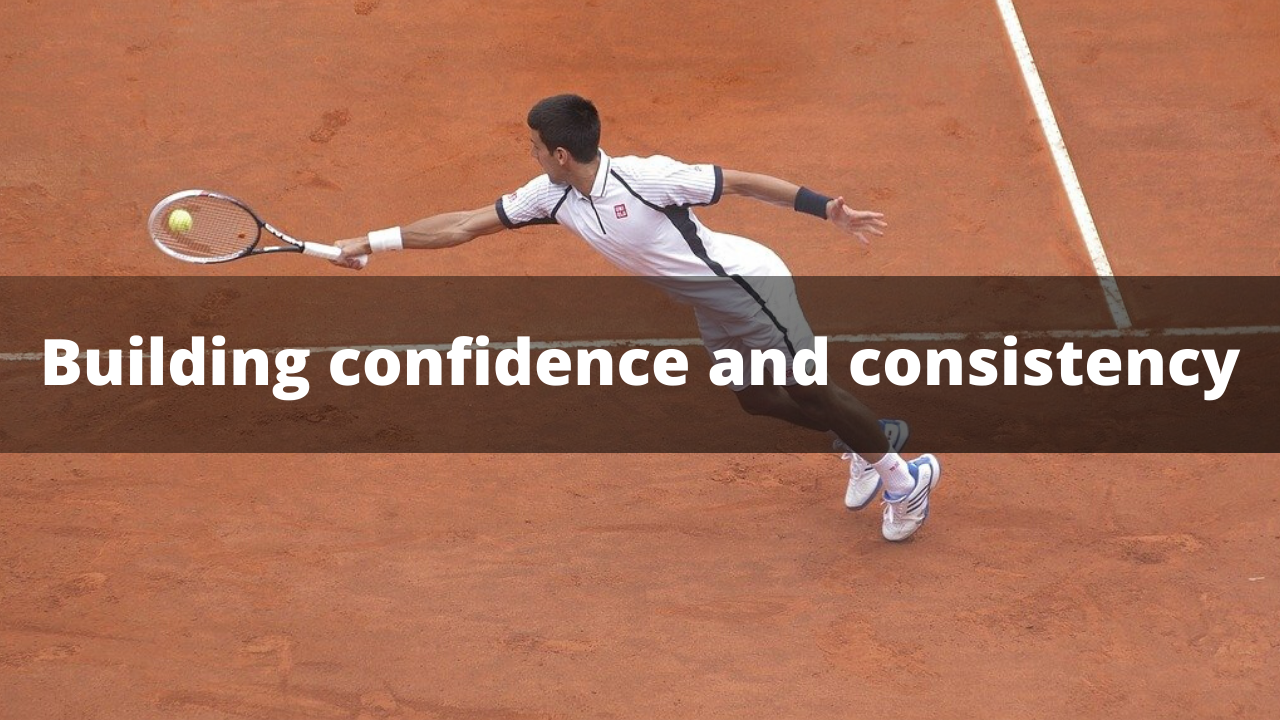 Terry was a fledgling high school tennis player when I first started working with him—a cousin had referred him. He was big for his age and skillful with a crushing serve, but less than skillful players were constantly beating him. I noticed that in our Skype sessions he could barely maintain eye contact, so some serious confidence issues were certainly on display. At that point, there was no goal or talk of ever playing at the college level.

So we worked on confidence (his Zone) and that alone brought his consistency to a much higher level. He applied the Zone well between sessions and started to get the taste of winning. By building confidence he could take on any opponent and started to take leadership of his high school team, playing well with doubles partners and in singles.

Off the court, he started to grow stronger, and without prompting started to work on his fitness and strength to add muscle and weight behind his shot. It worked, and also got him thinking about college—or was it the other way around? He approached a couple of colleges, had some tryouts, and secured a spot.

He got accepted at a small D 3 New England college and positively loves it, earning the Rookie of the Year award by winning a good half of all of his matches. It was probably the result of his monster serve and uncompromising Zone!